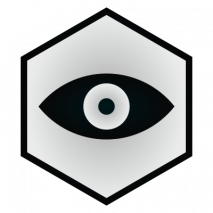 The Rational Consensus of Freedoom is a massive, efficient nation, ruled by Administrator with an iron fist, and remarkable for its rum-swilling pirates, free-roaming dinosaurs, and rampant corporate plagiarism. The compassionate, cynical, humorless population of 4.816 billion free people are ruled with an iron fist by the dictatorship government, which ensures that no-one outside the party gets too rich. In their personal lives, however, citizens are relatively unoppressed; it remains to be seen whether this is because the government genuinely cares about its people, or if it hasn't gotten around to stamping out civil rights yet.

The medium-sized, corrupt, well-organized government prioritizes Education, although Defense, Healthcare, and Industry are also considered important, while Spirituality isn't funded at all. It meets to discuss matters of state in the capital city of Polis Zero. The average income tax rate is 85.6%, and even higher for the wealthy.

The frighteningly efficient free economy, worth a remarkable 1,147 trillion units a year, is driven entirely by a combination of government and state-owned industry, with private enterprise illegal. However, for those in the know, there is an enormous, deeply entrenched, broadly diversified black market in Information Technology, Arms Manufacturing, Uranium Mining, and Book Publishing. The private sector mostly consists of enterprising ten-year-olds selling lemonade on the sidewalk, but the government is looking at stamping this out. Average income is an amazing 238,240 units, and distributed extremely evenly, with little difference between the richest and poorest citizens.

Cars are banned, the government is purchasing vast amounts of palm oil for plastics production, senior citizens are often found slaving away in factories, and free scientists are mixing chewing tobacco with bacon flavouring in an attempt to craft the perfect male snack. Crime is totally unknown. Freedoom's national animal is the snake, which teeters on the brink of extinction due to widespread deforestation, and its national religion is Atheism.

Freedoom is ranked 266,544th in the world and 12,482nd in the South Pacific for Most Beautiful Environments, with 4.45 pounds of wildlife per square mile.

The United Pirate Cities of Flotilla,

The Island of Sorna,