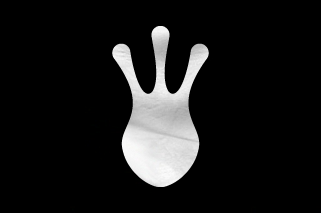 The Commonwealth of Lantros is a gargantuan, socially progressive nation, ruled by Missail Caiban with an even hand, and notable for its daily referendums, frequent executions, and punitive income tax rates. The hard-nosed population of 12.787 billion Lantrosians are fiercely patriotic and enjoy great social equality; they tend to view other, more capitalist countries as somewhat immoral and corrupt.

The medium-sized, corrupt, socially-minded government prioritizes Education, with Healthcare, Administration, and Environment also on the agenda, while Spirituality and Welfare receive no funds. It meets to discuss matters of state in the capital city of Pedazo. The average income tax rate is 89.7%, and even higher for the wealthy.

The frighteningly efficient Lantrosian economy, worth a remarkable 2,220 trillion Chavoes a year, is driven entirely by a combination of government and state-owned industry, with private enterprise illegal. The industrial sector, which is quite specialized, is mostly made up of the Information Technology industry, with significant contributions from Tourism and Book Publishing. Average income is an impressive 173,657 Chavoes, and distributed extremely evenly, with practically no difference between the richest and poorest citizens.

The government seeks peaceful forum with terrorists, excited shovel-bearing geeks wander the countryside, anyone who so much as frowns risks being referred to a mental health unit, and the government puts forth the claim that harming young girls is wrong. Crime, especially youth-related, is totally unknown, thanks to a capable police force and progressive social policies in education and welfare. Lantros's national animal is the Sea-Monkey, which frolics freely in the nation's sparkling oceans.

Lantros is ranked 3,499th in the world and 191st in The East Pacific for Most Influential, scoring 30,173 on the Soft Power Disbursement Rating.

Republic of Restaks, and 24 others.