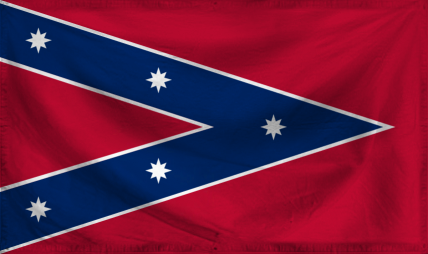 The Federal Republic of Propwash is a gargantuan, genial nation, remarkable for its daily referendums, keen interest in outer space, and multi-spousal wedding ceremonies. The compassionate, democratic population of 16.083 billion Propwashians enjoy a sensible mix of personal and economic freedoms, while the political process is open and the people's right to vote held sacrosanct.

The enormous, outspoken government juggles the competing demands of Education, Healthcare, and Industry. It meets to discuss matters of state in the capital city of Corraine. The average income tax rate is 80.2%, and even higher for the wealthy.

The frighteningly efficient Propwashian economy, worth a remarkable 1,733 trillion Coles a year, is quite specialized and led by the Information Technology industry, with significant contributions from Tourism, Arms Manufacturing, and Book Publishing. State-owned companies are common. Average income is an impressive 107,792 Coles, and distributed extremely evenly, with little difference between the richest and poorest citizens.

Hidden bedroom-cams are installed to catch mothers doing their kids' homework, the price of takeaway food quadruples after 6pm, there's a big brother in every prison, and the Smalltopian embassy doubles as an electoral campaign headquarters. Crime is totally unknown, thanks to a capable police force and progressive social policies in education and welfare. Propwash's national animal is the Golden Eagle, which soars majestically through the nation's famously clear skies.

Propwash is ranked 13,785th in the world and 434th in The East Pacific for Healthiest Citizens, with 12.55 bananas ingested per day.

Dravida India, and 60 others.