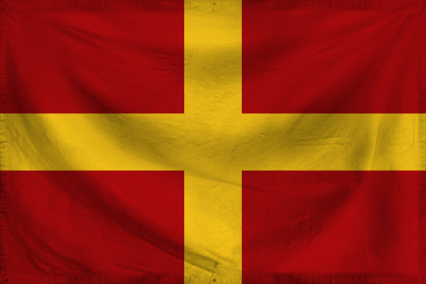 The Kingdom of Vilender is a huge, cultured nation, renowned for its triple-decker prams, smutty television, and punitive income tax rates. The compassionate, devout population of 841 million Vilenderians are prohibited from doing almost everything except voting, which they do timidly and conservatively.

The large, moralistic government juggles the competing demands of Administration, Education, and Healthcare. It meets to discuss matters of state in the capital city of Atreum. The average income tax rate is 70.2%, and even higher for the wealthy.

The strong Vilenderian economy, worth 59.4 trillion crons a year, is fairly diversified and led by the Information Technology industry, with significant contributions from Book Publishing, Basket Weaving, and Cheese Exports. Average income is 70,622 crons, and evenly distributed, with the richest citizens earning only 2.6 times as much as the poorest.

Throwing garbage out of your house's front window makes it legally someone else's problem, Leader has just been declared ruler of Vilender in an international press conference, farmers have taken to hunting billionaires who encroach on their land, and street preachers spend more time condemning government bureaucracy than passers-by. Crime, especially youth-related, is totally unknown, thanks to a very well-funded police force and progressive social policies in education and welfare. Vilender's national animal is the eagle, which soars majestically through the nation's famously clear skies.