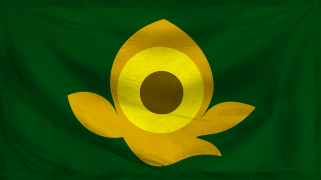 As the greats of the world go, we have pioneered.
WA Member

The Transcendental Republic of Gosheon is a gargantuan, genial nation, ruled by Hyrium Bright with an even hand, and notable for its museums and concert halls, vat-grown people, and daily referendums. The compassionate, democratic, humorless population of 30.346 billion Gosheone enjoy extensive civil freedoms, particularly in social issues, while business tends to be more regulated.

The medium-sized, liberal government prioritizes Education, with Environment, Healthcare, and Social Policy also on the agenda, while Spirituality and Defense aren't funded at all. It meets to discuss matters of state in the capital city of Kaieshnia. The average income tax rate is 77.1%, and even higher for the wealthy.

The frighteningly efficient Gosheone economy, worth a remarkable 6,285 trillion auragilds a year, is highly specialized and led by the Tourism industry, with major contributions from Information Technology, Book Publishing, and Furniture Restoration. State-owned companies are common. Average income is an amazing 207,125 auragilds, and evenly distributed, with the richest citizens earning only 2.0 times as much as the poorest.

Signatures have been replaced with illegible scribbles, dog owners proudly declare that their pups can predict when the mailman will arrive, selling your granddad's clothes requires an incredible amount of paperwork, and Hyrium Bright has been nicknamed 'Robomop'. Crime, especially youth-related, is pervasive, perhaps because of the country's complete lack of prisons. Gosheon's national animal is the Kaieshnian farrow, which frolics freely in the nation's many lush forests.

Gosheon is ranked 165th in the world and 5th in 10000 Islands for Most Rebellious Youth, scoring 248 on the Stark-Dean Displacement Index.