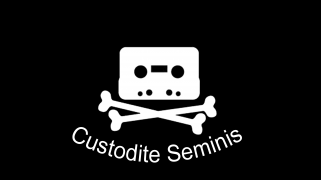 The Empire of Colonel Terrosit is a gargantuan, cultured nation, ruled by Colonel Terrosit with an even hand, and remarkable for its museums and concert halls, ubiquitous missile silos, and public floggings. The hard-nosed, humorless population of 10.53 billion Terrositians are fiercely patriotic and enjoy great social equality; they tend to view other, more capitalist countries as somewhat immoral and corrupt.

The large government juggles the competing demands of Education, Defense, and Industry. It meets to discuss matters of state in the capital city of Hexagon. The average income tax rate is 74.6%, and even higher for the wealthy.

The frighteningly efficient Terrosian economy, worth a remarkable 1,539 trillion Lenny Faces a year, is highly specialized and led by the Information Technology industry, with significant contributions from Arms Manufacturing, Tourism, and Book Publishing. State-owned companies are common. Average income is an impressive 146,196 Lenny Faces, and distributed extremely evenly, with little difference between the richest and poorest citizens.

Any body part that can be cut off a person is no longer considered to be their property, blind students are at a disadvantage now that test papers printed in braille have been discontinued, mathematicians are gathering an infinite number of Jet Powered Pigeons and typewriters to see if they can recreate the works of Max Barry, and it is mandatory to learn evolution in schools. Crime, especially youth-related, is totally unknown, thanks to a well-funded police force and progressive social policies in education and welfare. Colonel Terrosit's national animal is the Jet Powered Pigeon, which soars majestically through the nation's famously clear skies.

Most Recent Government Activity: 35 minutes ago