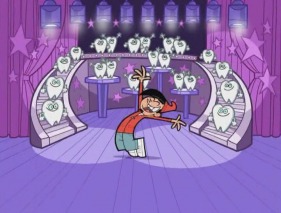 The Commonwealth of Chip Skylark is a gargantuan, genial nation, ruled by Chip Skylark with an even hand, and notable for its multi-spousal wedding ceremonies, restrictive gun laws, and devotion to social welfare. The compassionate, cheerful population of 18.757 billion Chip Skylarkians enjoy extensive civil rights and enjoy a level of social equality free from the usual accompanying government corruption.

The large, socially-minded government juggles the competing demands of Education, Environment, and Industry. It meets to discuss matters of state in the capital city of Dimmsdale. The income tax rate is 100%.

The frighteningly efficient Chip Skylarkian economy, worth a remarkable 5,437 trillion Shiny Teeths a year, is driven entirely by a combination of government and state-owned industry, with private enterprise illegal. The industrial sector, which is quite specialized, is led by the Information Technology industry, with significant contributions from Tourism and Book Publishing. Average income is an amazing 289,915 Shiny Teeths, and distributed extremely evenly, with practically no difference between the richest and poorest citizens.

There's a lot of mouth-breathers about these days, the government spends more on chasing distant comets than on basic infrastructure, the bonfire of the old paper records can be seen for miles around Dimmsdale, and the new iVote app allows representatives to vote on legislation by launching ill-tempered birds and matching candies. Crime is totally unknown, thanks to a capable police force and progressive social policies in education and welfare. Chip Skylark's national animal is the Fairy Godparents, which soars majestically through the nation's famously clear skies, and its national religion is Nope.

Union of Socialist Irish Republics, and