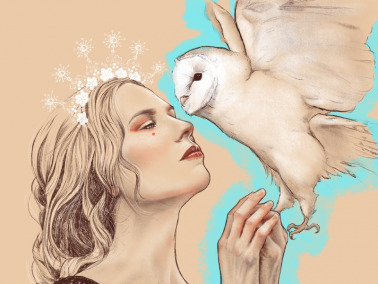 The Hail the Moon Queen of Altino is a gargantuan, efficient nation, renowned for its museums and concert halls, strictly enforced bedtime, and absence of drug laws. The democratic, devout population of 12.841 billion Altinians hold their civil and political rights very dear, although the wealthy and those in business tend to be viewed with suspicion.

The relatively small, liberal, outspoken government juggles the competing demands of Education, Healthcare, and Public Transport. It meets to discuss matters of state in the capital city of Princess Dinosaur City. The average income tax rate is 24.0%, but much higher for the wealthy.

The powerhouse Altinian economy, worth a remarkable 1,211 trillion mikas a year, is broadly diversified and led by the Tourism industry, with major contributions from Information Technology, Book Publishing, and Retail. State-owned companies are common. Average income is 94,348 mikas, and distributed extremely evenly, with little difference between the richest and poorest citizens.

Shanty towns are forming in the suburbs of major cities, mall countdown clocks warn that there are only 364 more shopping days until Maxxmas, only Leader's friends count in the eyes of the government, and country folk are sent to obligatory boarding schools to learn how to be civilized. Crime, especially youth-related, is totally unknown. Altino's national animal is the Owl, which soars majestically through the nation's famously clear skies.

Altino is ranked 34,186th in the world and 42nd in Confederacy of Layem for Most Advanced Public Education, scoring 4,858.24 on the Edu-tellignce® Test Score.