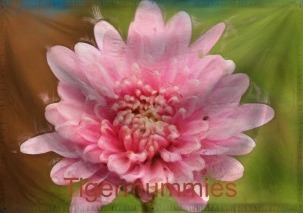 The Flowery Pink Empire of Tigermummies is a gargantuan, efficient nation, ruled by Crouching Fuchsia with an even hand, and remarkable for its compulsory military service, suspicion of poets, and complete absence of social welfare. The hard-nosed, hard-working, devout population of 15.945 billion Tigermummiesians are highly moralistic and fiercely conservative, in the sense that they tend to believe most things should be outlawed. People who have good jobs and work quietly at them are lauded; others are viewed with suspicion.

The powerhouse Tigermummiesian economy, worth a remarkable 1,583 trillion mums a year, is broadly diversified and led by the Arms Manufacturing industry, with major contributions from Retail, Automobile Manufacturing, and Information Technology. Black market activity is notable. State-owned companies are reasonably common. Average income is 99,303 mums, and evenly distributed, with the richest citizens earning only 3.1 times as much as the poorest.

Aeroplane cockpits no longer have altimeters or airspeed indicators, on graduation day the hats thrown in the air fly high enough to stun passing pigeons, mathematicians are gathering an infinite number of tigers and typewriters to see if they can recreate the works of Max Barry, and video evidence of cruel animal experiments tends to be of poor quality. Crime, especially youth-related, is totally unknown, thanks to a capable police force. Tigermummies's national animal is the tiger, which teeters on the brink of extinction due to widespread deforestation, and its national religion is Eastern Violetism.

Tigermummies is ranked 13,568th in the world and 1st in Fifth Wall for Largest Retail Industry, scoring 9,436.99 on the Shrinkwrap Consignment Productivity Index.