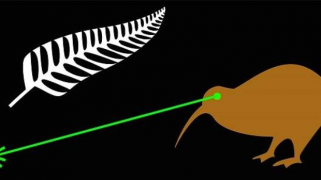 The Wizarding World of Avonhead is a gargantuan, genial nation, ruled by Dr Ashley Bloomfield with a fair hand, and remarkable for its museums and concert halls, national health service, and devotion to social welfare. The compassionate, democratic, cheerful population of 19.558 billion Avonwards are free to do what they want with their own bodies, and vote for whomever they like in elections; if they go into business, however, they are regulated to within an inch of their lives.

The enormous, liberal government juggles the competing demands of Environment, Healthcare, and Education. It meets to discuss matters of state in the capital city of Merrin. The average income tax rate is 93.0%, and even higher for the wealthy.

The all-consuming Avewardian economy, worth a remarkable 2,186 trillion Gallions a year, is highly specialized and led by the Information Technology industry, with significant contributions from Tourism and Book Publishing. State-owned companies are common. Average income is an impressive 111,818 Gallions, and distributed extremely evenly, with practically no difference between the richest and poorest citizens.

Guide dogs for the blind have been seen using government websites, prime real estate is devoted to wind farms and solar energy generators, it's considered providence that the political lexicon contains a syrup of company slogans, and Dr Ashley Bloomfield is strangely popular with male politicians' wives. Crime is totally unknown, thanks to a capable police force and progressive social policies in education and welfare. Avonhead's national animal is the Kiwi, which frolics freely in the nation's many lush forests.

Avonhead is ranked 39,701st in the world and 982nd in the South Pacific for Most Efficient Economies, scoring 96.17 on the Krugman-Greenspan Business Outlook Index.

The Worst army of,