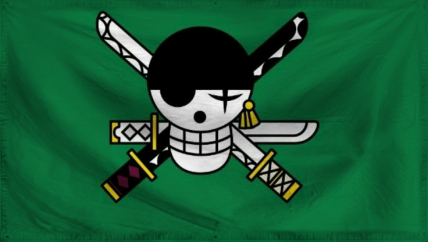 When the world shoves you around, just shove back

The Borderlands of Zoronoa is a massive, cultured nation, renowned for its daily referendums, frequent executions, and irreverence towards religion. The hard-nosed, hard-working population of 2.884 billion Zoronoans have some civil rights, but not too many, enjoy the freedom to spend their money however they like, to a point, and take part in free and open elections, although not too often.

The tiny government prioritizes Defense, with Industry, Public Transport, and Environment also on the agenda, while International Aid and Spirituality aren't funded at all. It meets to discuss matters of state in the capital city of Santōryu. Citizens pay a flat income tax of 6.2%.

The all-consuming Zoronoan economy, worth 299 trillion katanas a year, is broadly diversified and led by the Gambling industry, with major contributions from Tourism, Soda Sales, and Arms Manufacturing. Black market activity is notable. Average income is an impressive 103,728 katanas, but there is a large disparity between incomes, with the richest 10% of citizens earning 430,131 per year while the poor average 16,399, a ratio of 26.2 to 1.

The acceptance of acupuncture and other alternative therapies has needled the scientific community, every week is blindness awareness week, you can call your arthritic immigrant neighbour for all your roof-tiling and guttering needs, and Ollie the Oiled Seal welcomes throngs of tourists to the newly opened Oil Oasis Water Park. Crime, especially youth-related, is pervasive, perhaps because of the country's complete lack of prisons. Zoronoa's national animal is the zoroark, which frolics freely in the nation's many lush forests, and its national religion is either swordsmanship or kendo.

Zoronoa is ranked 894th in the world and 1st in The Straw Hat Pirates for Largest Gambling Industry, scoring 21,148.47 on the Kelly Criterion Productivity Index.