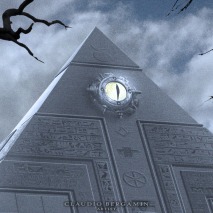 When asked what you do, say you laugh for a living

The Voice of ARB

The Hopeful Laughter of The Voice of ARB is a gargantuan, safe nation, ruled by Amazing Robot Boy with an even hand, and remarkable for its sprawling nuclear power plants, punitive income tax rates, and devotion to social welfare. The compassionate, hard-working, democratic, cheerful population of 25.219 billion ARBians enjoy extensive civil freedoms, particularly in social issues, while business tends to be more regulated.

The medium-sized, corrupt, liberal government prioritizes Education, although Public Transport, Law & Order, and Welfare are also considered important, while Spirituality is ignored. It meets to discuss matters of state in the capital city of Cogito Ego Sum. Citizens pay a flat income tax of 80.0%.

The strong ARBian economy, worth a remarkable 3,995 trillion gold grickles a year, is quite specialized and led by the Information Technology industry, with major contributions from Book Publishing, Pizza Delivery, and Beef-Based Agriculture. Black market activity is notable. Average income is an impressive 158,416 gold grickles, with the richest citizens earning 8.8 times as much as the poorest.

Racial supremacists indulge their wildest fantasies in cinemas and theatres across the nation, some ARBian athletes have defected to Blackacre after being denied the chance to compete in international sporting events, tech-mad citizens think that the laser-powered bread-slicer uPhone App is the coolest thing since sliced bread, and fraternities are notorious for drunken hooliganism. Crime is totally unknown, thanks to a capable police force and progressive social policies in education and welfare. The Voice of ARB's national animal is the tabby, which frolics freely in the nation's many lush forests.

The Voice of ARB is ranked 32,210th in the world and 59th in South Pacific for Most Influential, scoring 1,324 on the Soft Power Disbursement Rating.