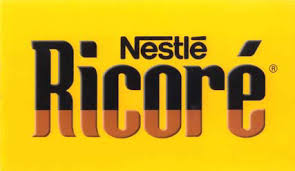 The Democratic Republic of Ricore is a massive, cultured nation, ruled by Norbert Michelange with a fair hand, and remarkable for its rum-swilling pirates, enforced nudity, and devotion to social welfare. The compassionate, democratic, devout population of 3.469 billion Breakfasts love a good election, and the government gives them plenty of them. Universities tend to be full of students debating the merits of various civil and political rights, while businesses are tightly regulated and the wealthy viewed with suspicion.

The large, outspoken government juggles the competing demands of Education, Administration, and Industry. It meets to discuss matters of state in the capital city of Rififi Lumière. The average income tax rate is 53.3%, and even higher for the wealthy.

The powerhouse Ricoréan economy, worth 269 trillion biscottes a year, is driven entirely by a combination of government and state-owned industry, with private enterprise illegal. The industrial sector, which is broadly diversified, is led by the Information Technology industry, with major contributions from Retail, Door-to-door Insurance Sales, and Basket Weaving. Average income is 77,562 biscottes, and evenly distributed, with the richest citizens earning only 2.8 times as much as the poorest.

Glittering new sports stadiums adorn every city and town, pulling weeds is seen as a threat to national security, families waiting for delayed pipe installations hope daily for rain, and clowns are being rounded up and admitted to mental institutions. Crime, especially youth-related, is totally unknown, thanks to a capable police force and progressive social policies in education and welfare. Ricore's national animal is the marsupilami, which frolics freely in the nation's many lush forests, and its national religion is Bilingualism.

Ricore is ranked 102,508th in the world and 7th in Lewisham for Largest Publishing Industry, scoring 2,894.16 on the Bella Potter Productivity e-Index.