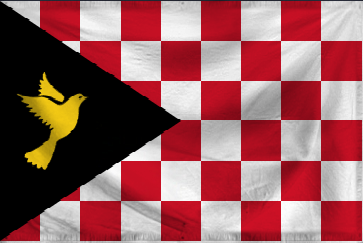 It's time for Libriano to enter a new age! I Chairman Johnathan Birdshrine
WA Member

The Queendom of Republic of Libriano is a massive, socially progressive nation, ruled by I Chairman Johnathan Birdshrine with an even hand, and renowned for its compulsory military service, compulsory gun ownership, and complete absence of social welfare. The compassionate, hard-working, devout population of 4.513 billion Librians are either ruled by a sleek, efficient government or a conglomerate of multinational corporations; it's difficult to tell which.

The relatively small government juggles the competing demands of Education, Administration, and Defense. It meets to discuss matters of state in the capital city of Heaven's Gate. The average income tax rate is 43.2%, but much higher for the wealthy.

The frighteningly efficient Librianian economy, worth 662 trillion Heaven Owllars a year, is fairly diversified and led by the Tourism industry, with significant contributions from Information Technology, Retail, and Arms Manufacturing. Average income is an impressive 146,829 Heaven Owllars, and evenly distributed, with the richest citizens earning only 2.2 times as much as the poorest.

Captured Brasilistani POWs are staying in 5-star hotels, the nation's Medal of Honour can be found as a free toy in breakfast cereal, visions of giant pink Elf Owls are a common side effect after Librians eat their meals, and one does not simply walk into the tundra. Crime is totally unknown. Republic of Libriano's national animal is the Elf Owl, which soars majestically through the nation's famously clear skies, and its national religion is Christianity.

Most Recent Government Activity: 16 hours ago