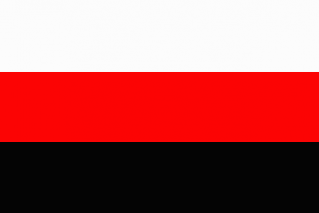 The Federal Republic of Polugaria is a gargantuan, genial nation, ruled by President Probatski with an even hand, and notable for its keen interest in outer space, public floggings, and stringent health and safety legislation. The compassionate, democratic population of 16.577 billion Polugarians have some civil rights, but not too many, enjoy the freedom to spend their money however they like, to a point, and take part in free and open elections, although not too often.

The government — a sprawling, bureaucracy-choked morass — juggles the competing demands of Healthcare, Education, and Environment. It meets to discuss matters of state in the capital city of Novo Gdanśk. The average income tax rate is 89.7%, and even higher for the wealthy.

The powerhouse Polugarian economy, worth a remarkable 1,287 trillion Głownoes a year, is extremely specialized and mostly made up of the Tourism industry, with significant contributions from Book Publishing. State-owned companies are reasonably common. Average income is 77,690 Głownoes, and distributed extremely evenly, with little difference between the richest and poorest citizens.

Pilots always remember to send their doctors a Maxxmas card, the nation's politicians are known more for the internet memes they spawn than any of their accomplishments, tourists outnumber citizens two to one, and there are six more weeks of winter if a northerner sees her shadow. Crime, especially youth-related, is totally unknown, thanks to the all-pervasive police force and progressive social policies in education and welfare. Polugaria's national animal is the Polar Bear, which frolics freely in the nation's many lush forests.

Polugaria is ranked 9,059th in the world and 28th in Wintreath for Most Advanced Public Education, scoring 11,386.16 on the Edu-tellignce® Test Score.

Most Recent Government Activity: 63 minutes ago