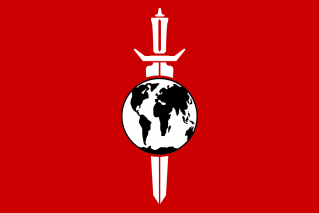 The Imperial Union of States of Oneid1 is a massive, cultured nation, ruled by Tomas Lovekost with an iron fist, and remarkable for its unlimited-speed roads, frequent executions, and pith helmet sales. The hard-nosed, hard-working, cynical, humorless, devout population of 3.103 billion Oneidians are ruled with an iron fist by the corrupt, dictatorship government, which oppresses anyone who isn't on the board of a Fortune 500 company. Large corporations tend to be above the law, and use their financial clout to gain ever-increasing government benefits at the expense of the poor and unemployed.

The relatively small, corrupt, moralistic, pro-business, well-organized government juggles the competing demands of Defense, Industry, and Law & Order. It meets to discuss matters of state in the capital city of Shanghai. Citizens pay a flat income tax of 54.4%.

The frighteningly efficient Oneid1ian economy, worth a remarkable 1,168 trillion Dollars a year, is broadly diversified and led by the Arms Manufacturing industry, with major contributions from Retail, Uranium Mining, and Information Technology. Black market activity is rampant. Average income is an amazing 376,481 Dollars, but there is a vast disparity between incomes, with the richest 10% of citizens earning 3,439,471 per year while the poor average 4,512, a ratio of 762 to 1.

Homeless people can be found sleeping on streets in front of unoccupied second homes, airplanes have giant grilles on their noses to knock drones out of their path, the Super-Spud Cinematic Universe is breaking box office records, and behind every great person are three dozen other people passing great memos. Crime, especially youth-related, is totally unknown, thanks to a capable police force and progressive social policies in education and welfare. Oneid1's national animal is the Cat, which is also the nation's favorite main course, and its national religion is The Empty Gods.

Oneid1 is ranked 11,318th in the world and 1st in Oneid for Largest Cheese Export Sector, scoring 5,779.07 on the Mozzarella Productivity Index.

Most Recent Government Activity: 106 minutes ago