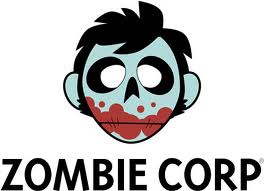 The Zombie Corporation of Mr Zombie is a gargantuan, socially progressive nation, ruled by Mr Zombie with a fair hand, and notable for its frequent executions, keen interest in outer space, and complete lack of prisons. The hard-nosed, hard-working, democratic population of 23.102 billion Zombies hold their civil and political rights very dear, although the wealthy and those in business tend to be viewed with suspicion.

It is difficult to tell where the omnipresent government stops and the rest of society begins, but it juggles the competing demands of Industry, Education, and Environment. It meets to discuss matters of state in the capital city of Zombie Corporation. The average income tax rate is 77.4%.

The powerhouse Infected economy, worth a remarkable 1,275 trillion Fleshes a year, is driven almost entirely by government activity. The industrial sector, which is highly specialized, is led by the Gambling industry, with major contributions from Tourism, Basket Weaving, and Beef-Based Agriculture. Average income is 55,228 Fleshes, and evenly distributed, with the richest citizens earning only 3.4 times as much as the poorest.

Rioting during the nation's hosting of ORDER caused one million Fleshes of property damage, the nation refuses to discard its increasingly useless penny, female newsreaders distract the nation by breastfeeding during broadcast, and books are so highly regarded in Mr Zombie that libraries are often revered as holy shrines. Crime, especially youth-related, is a major problem, perhaps because of the country's complete lack of prisons. Mr Zombie's national animal is the Zombie Horse, which is also the nation's favorite main course, and its national religion is Zombism.

Mr Zombie is ranked 35,498th in the world and 2nd in Zombieland for Highest Food Quality, scoring 49.64 on the Meeshlin-Starr Index.