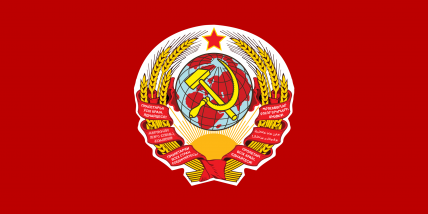 The People's Republic of Free Michagonia is a massive, orderly nation, ruled by Supreme Leader God King Chad Chaden with an iron fist, and remarkable for its fear of technology, infamous sell-swords, and smutty television. The hard-nosed, hard-working, cynical, humorless population of 1.734 billion Free Michagonians are kept under strict control by the oppressive government, which measures its success by the nation's GDP and refers to individual citizens as "human resources."

The medium-sized, corrupt, well-organized government prioritizes Defense, although Law & Order, Industry, and Education are also considered important, while International Aid is ignored. It meets to discuss matters of state in the capital city of Chaden City. Citizens pay a flat income tax of 61.0%.

The frighteningly efficient Free Michagonian economy, worth 346 trillion ChadMarks a year, is mostly comprised of black market activity, especially in Arms Manufacturing, Information Technology, Uranium Mining, and Woodchip Exports. Average income is an amazing 200,102 ChadMarks, but there is a significant disparity between incomes, with the richest 10% of citizens earning 696,022 per year while the poor average 41,922, a ratio of 16.6 to 1.

A shocking number of estate planners are beneficiaries of their clients' wills, counselors have to sign pledges supporting gay rights before they can speak to any patients, returning vacationers often find that their property is now a construction site, and officer recruitment and police brutality have reached an all-time high. Crime, especially youth-related, is totally unknown, thanks to a well-funded police force and progressive social policies in education and welfare. Free Michagonia's national animal is the Black Striped Eagle, which teeters on the brink of extinction due to toxic air pollution.

Free Michagonia is ranked 51,757th in the world and 68th in Lone Wolves United for Largest Insurance Industry, scoring 3,518.41 on the Risk Expulsion Effectiveness Rating.