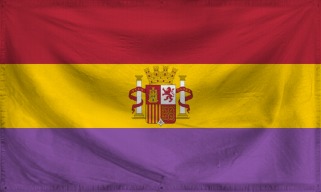 The Democratic Socialist State of Novi Libertas is a colossal, socially progressive nation, ruled by Charlotte Llewyn with a fair hand, and renowned for its digital currency, daily referendums, and soft-spoken computers. The compassionate, democratic population of 6.439 billion Libertasians love a good election, and the government gives them plenty of them. Universities tend to be full of students debating the merits of various civil and political rights, while businesses are tightly regulated and the wealthy viewed with suspicion.

The enormous, socially-minded government juggles the competing demands of Healthcare, Education, and Environment. It meets to discuss matters of state in the capital city of Navaria. The average income tax rate is 84.9%, and even higher for the wealthy.

The strong Novi Libertasian economy, worth 540 trillion Libers a year, is driven entirely by a combination of government and state-owned industry, with private enterprise illegal. The industrial sector, which is extremely specialized, is mostly made up of the Information Technology industry, with significant contributions from Book Publishing. Average income is 83,930 Libers, and distributed extremely evenly, with practically no difference between the richest and poorest citizens.

The WhoTube comments section has gone strangely quiet, 10-year-olds who struggle with integrating by parts are considered slow learners, adults pretending to be teenage girls claim to have wholesome motives, and feuilletons can only be deciphered with a Galliennais dictionary. Crime is totally unknown, thanks to a capable police force and progressive social policies in education and welfare. Novi Libertas's national animal is the Crow, which soars majestically through the nation's famously clear skies, and its national religion is Agnosticism.

Novi Libertas is ranked 20,734th in the world and 444th in the Rejected Realms for Highest Poor Incomes, with 77,156.55 Standard Monetary Units.