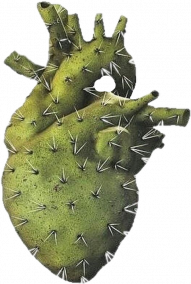 Instant Karma Is Gonna Get You

The Chill Badger of Zen Karma is a gargantuan, environmentally stunning nation, renowned for its burgeoning Badger population. The hard-nosed, hard-working population of 11.123 billion Zen Karmen have some civil rights, but not too many, enjoy the freedom to spend their money however they like, to a point, and take part in free and open elections, although not too often.

The medium-sized government juggles the competing demands of Education, Defense, and Law & Order. The average income tax rate is 31.9%.

The Zen Karman economy, worth 411 trillion Karmas a year, is quite specialized and dominated by the Tourism industry, with significant contributions from Arms Manufacturing, Uranium Mining, and Trout Farming. Average income is 37,025 Karmas, and evenly distributed, with the richest citizens earning only 3.8 times as much as the poorest.

Voting is voluntary, the alarmingly racist TV show 'Bigtopians Say the Darndest Things' is a hit, citizens can be frequently spotted going about their business stark naked, and the nation is currently revamping its entire education system. Crime is relatively low, thanks to a well-funded police force and progressive social policies in education and welfare. Zen Karma's national animal is the Badger, which frolics freely in the nation's many lush forests.

Zen Karma is ranked 155,251st in the world and 158th in Karma for Most Efficient Economies, scoring 59 on the Krugman-Greenspan Business Outlook Index.

Most Recent Government Activity: 12 days ago