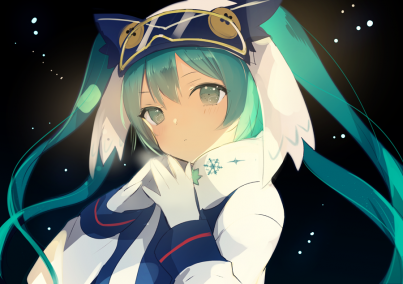 The Queendom of Yuki-miku is a huge, socially progressive nation, notable for its frequent executions and suspicion of poets. The compassionate, hard-working, democratic, devout population of 800 million Yuki-mikuans hold their civil and political rights very dear, although the wealthy and those in business tend to be viewed with suspicion.

The relatively small, outspoken government juggles the competing demands of Spirituality, Education, and Welfare. It meets to discuss matters of state in the capital city of Tokyo. Citizens pay a flat income tax of 14.9%.

The strong Yuki-mikuan economy, worth 53.0 trillion yen a year, is broadly diversified and led by the Soda Sales industry, with major contributions from Beef-Based Agriculture, Woodchip Exports, and Door-to-door Insurance Sales. Average income is 66,221 yen, with the richest citizens earning 5.6 times as much as the poorest.

Octogenarian swimsuit models insist that they've still got it, the secret ingredient is love (and MSG), supermarket milk is a shear-thickening fluid that can stop small-caliber bullets, and lawyers spend as much time preparing their make-up as they do their briefs. Crime is relatively low. Yuki-miku's national animal is the owl, which soars majestically through the nation's famously clear skies.

Yuki-miku is ranked 20,856th in the world and 1st in Hatsune Miku for Fattest Citizens, with 15.94 Obesity Rate.