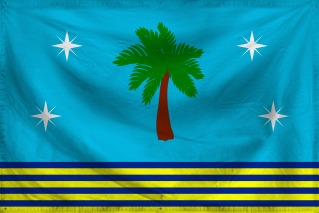 The Liberal Tropical Emirates of Velkia and the Islands is a gargantuan, environmentally stunning nation, ruled by Protectorate Pika Paquet with a fair hand, and remarkable for its parental licensing program, national health service, and rampant corporate plagiarism. The compassionate, democratic, humorless population of 24.454 billion Velkia Islanders hold their civil and political rights very dear, although the wealthy and those in business tend to be viewed with suspicion.

The medium-sized, outspoken government prioritizes Education, although Environment, Social Policy, and Healthcare are also considered important, while Spirituality and Defense are ignored. It meets to discuss matters of state in the capital city of Four Corners. The average income tax rate is 95.8%.

The frighteningly efficient Velkian economy, worth a remarkable 6,102 trillion Crowns a year, is quite specialized and led by the Information Technology industry, with major contributions from Tourism, Book Publishing, and Cheese Exports. State-owned companies are common. Average income is an amazing 249,550 Crowns, and distributed extremely evenly, with little difference between the richest and poorest citizens.

3D printed organs are a breath of new life for the sick and elderly, a suspicious number of John Smiths are known to donate to Velkian politicians, a niche industry catering to S&M enthusiasts has sprung up, and the Finance Ministry posts hourly updates on where taxpayer money is spent. Crime is totally unknown. Velkia and the Islands's national animal is the Breegull, which soars majestically through the nation's famously clear skies, and its national religion is Atheism.

Velkia and the Islands is ranked 1,822nd in the world and 31st in Forest for Most Developed, scoring 97.85 on the Human Development Index.