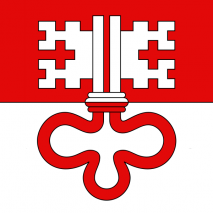 The Republic of Unterwalden is a gargantuan, efficient nation, ruled by Matthias Stanser with an even hand, and notable for its zero percent divorce rate, compulsory military service, and restrictive gun laws. The hard-nosed, hard-working, democratic population of 18.591 billion Unterwaldners are free to succeed or fail in life on their own merits; the successful tend to enjoy an opulent (but moralistic) lifestyle, while the failures can be seen crowding out most jails.

The relatively small, moralistic, pro-business government prioritizes Spirituality, although Law & Order, Industry, and Defense are also considered important, while Welfare isn't funded at all. It meets to discuss matters of state in the capital city of Stansstad. Citizens pay a flat income tax of 9.3%.

The powerhouse Unterwaldner economy, worth a remarkable 1,066 trillion thalers a year, is fairly diversified and led by the Woodchip Exports industry, with major contributions from Trout Farming, Gambling, and Basket Weaving. Average income is 57,340 thalers, but there is a significant disparity between incomes, with the richest 10% of citizens earning 196,722 per year while the poor average 12,266, a ratio of 16.0 to 1.

Unterwalden has designated Stansstad as its capital city, Roman Catholicism has been named as Unterwalden's national religion, Matthias Stanser has just been declared ruler of Unterwalden in an international press conference, and abortion is only legal in unusual circumstances. Crime is a problem, with the police force struggling against a lack of funding and a high mortality rate. Unterwalden's national animal is the lion, which can occasionally be seen sifting through garbage in the nation's cities, and its national religion is Roman Catholicism.

Unterwalden is ranked 126,741st in the world and 9th in Swiss Confederation for Healthiest Citizens, with 1 bananas ingested per day.