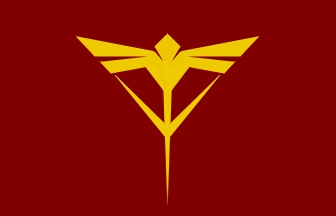 The Confederacy of Tyrador VIII is a gargantuan, orderly nation, ruled by Duo Maxwell with an iron fist, and renowned for its keen interest in outer space, otherworldly petting zoo, and suspicion of poets. The hard-nosed, hard-working, cynical, humorless population of 16.033 billion Tyradorians are ruled by a mostly-benevolent dictator, who grants the populace the freedom to live their own lives but watches carefully for anyone to slip up.

The medium-sized, corrupt, well-organized government juggles the competing demands of Defense, Law & Order, and Education. It meets to discuss matters of state in the capital city of Gramercy City. The average income tax rate is 76.2%, and even higher for the wealthy.

The frighteningly efficient Tyrador VIIIian economy, worth a remarkable 4,165 trillion Credits a year, is broadly diversified and led by the Information Technology industry, with major contributions from Arms Manufacturing, Retail, and Automobile Manufacturing. Black market activity is rampant. State-owned companies are reasonably common. Average income is an amazing 259,832 Credits, and evenly distributed, with the richest citizens earning only 2.7 times as much as the poorest.

Doctors are encouraged to 'pull the plug' any time the government has a budget crisis, handling people's data is proving an immersive experience, retirement homes are often fitted with luxurious suites, and AIs make up a majority of the long-term warehouse population. Crime, especially youth-related, is totally unknown, thanks to a well-funded police force and progressive social policies in education and welfare. Tyrador VIII's national animal is the Hippo, which teeters on the brink of extinction due to widespread deforestation.

Tyrador VIII is ranked 9,702nd in the world and 28th in Wintreath for Smartest Citizens, with 94.5 quips per hour.