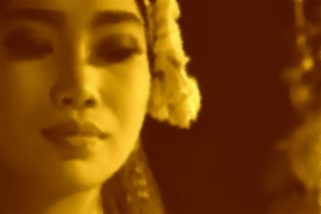 The boat sails by, the shore remains.

The Holy Green Wetlands of Tonsaeay is a colossal, safe nation, ruled by Nek Kruu Chanthavy the Beautiful with an even hand, and renowned for its triple-decker prams, compulsory vegetarianism, and prohibition of alcohol. The compassionate, devout population of 9.576 billion Tonsaeayians are fiercely patriotic and enjoy great social equality; they tend to view other, more capitalist countries as somewhat immoral and corrupt.

The government — a sprawling, bureaucracy-choked, corrupt, socially-minded morass — juggles the competing demands of Administration, Law & Order, and Spirituality. It meets to discuss matters of state in the capital city of Neak Poan. The average income tax rate is 94.9%.

The powerhouse Tonsaeayian economy, worth 886 trillion Phleungs a year, is driven entirely by a combination of government and state-owned industry, with private enterprise illegal. The industrial sector, which is highly specialized, is led by the Tourism industry, with significant contributions from Pizza Delivery, Book Publishing, and Furniture Restoration. Average income is 92,551 Phleungs, and distributed extremely evenly, with practically no difference between the richest and poorest citizens.

Criminals rejoice in the streets as the entire police force is sent away on a training retreat, most of the nation's wealthy aristocrats are dentists, movie producers send film critics wads of cash in their morning newspapers in anticipation of gushing praise, and convicted crypto-miners are sent to the salt mines. Crime, especially youth-related, is totally unknown, thanks to the all-pervasive police force and progressive social policies in education and welfare. Tonsaeay's national animal is the Lucky Rabbit, which frolics freely in the nation's many lush forests, and its national religion is Prajnaparamita.

Tonsaeay is ranked 298,746th in the world and 105th in Japan for Largest Mining Sector, scoring -14.9 on the Blue Sky Asbestos Index.