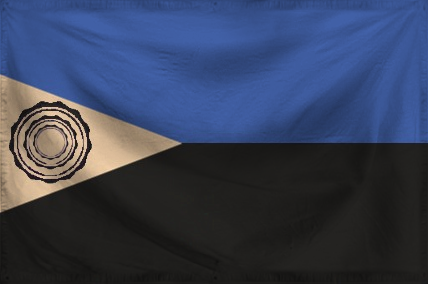 The Free Land of Tomoktopia is a massive, socially progressive nation, notable for its keen interest in outer space, free-roaming dinosaurs, and stringent health and safety legislation. The compassionate, democratic population of 1.496 billion Tomoktopians love a good election, and the government gives them plenty of them. Universities tend to be full of students debating the merits of various civil and political rights, while businesses are tightly regulated and the wealthy viewed with suspicion.

The large, outspoken government juggles the competing demands of Healthcare, Administration, and Education. It meets to discuss matters of state in the capital city of Terrcity. The average income tax rate is 59.9%, and even higher for the wealthy.

The very strong Tomoktopian economy, worth 118 trillion ceelshes a year, is fairly diversified and led by the Trout Farming industry, with major contributions from Information Technology, Book Publishing, and Furniture Restoration. State-owned companies are common. Average income is 79,225 ceelshes, and distributed extremely evenly, with little difference between the richest and poorest citizens.

Bargain-hunting is considered unpatriotic, it's always rabbit season, there's nothing more rock-and-roll than absolute sobriety, and prime real estate is devoted to wind farms and solar energy generators. Crime, especially youth-related, is totally unknown, thanks to a capable police force and progressive social policies in education and welfare. Tomoktopia's national animal is the parrot, which soars majestically through the nation's famously clear skies.

Tomoktopia is ranked 66,308th in the world and 369th in 10000 Islands for Largest Pizza Delivery Sector, scoring 2,627.96 on the Pepperoni Propulsion Productivity Index.