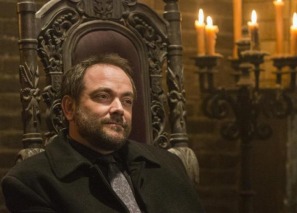 I am the daringest devil you've ever met, love. The Mad King of Hell
WA Delegate

The Mad King of Hell of The Stalker is a gargantuan, environmentally stunning nation, ruled by The Mad King of Hell with an iron fist, and renowned for its deadly medical pandemics, infamous sell-swords, and complete absence of social welfare. The hard-nosed, hard-working, cynical, humorless, devout population of 22.293 billion Damned Souls are ruled by a mostly-benevolent dictator, who grants the populace the freedom to live their own lives but watches carefully for anyone to slip up.

The medium-sized, corrupt government is primarily concerned with Defense, although Spirituality, Industry, and Environment are also considered important, while Welfare and Social Policy receive no funds. It meets to discuss matters of state in the capital city of Hell. The average income tax rate is 99.3%.

The frighteningly efficient Damned to Hell economy, worth an astonishing 16,580 trillion Souls a year, is mostly comprised of black market activity, especially in Arms Manufacturing, Gambling, Retail, and Trout Farming. State-owned companies are reasonably common. Average income is a breathtaking 743,769 Souls, and evenly distributed, with the richest citizens earning only 2.3 times as much as the poorest.

Cheese has become the new icon of political dissent, exorbitant spending on icebreakers breaks the ice at every budget meeting, leather-clad individuals can be seen walking their slaves in public parks, and kids' party bags often contain candy and e-cigarettes. Crime is so common that it is unusual to encounter someone following the law, perhaps because of the country's complete lack of prisons. The Stalker's national animal is the White Rabbit, which is also the nation's favorite main course, and its national religion is Discordianism.

The Stalker is ranked 291st in the world and 2nd in Hell for Most Avoided, scoring 1,085.63 on the Kardashian Reflex Score.