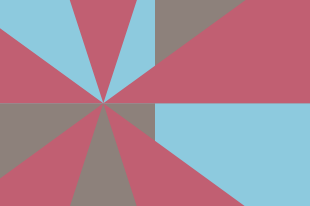 It doesn't matter because it doesn't exist
WA Member

The National Nation of The Northsouthern Wolflands is a massive, cultured nation, ruled by Sir Eloquitus XCIV with an even hand, and remarkable for its otherworldly petting zoo, infamous sell-swords, and anti-smoking policies. The hard-nosed, hard-working, democratic population of 2.652 billion Northsouthern Wolflandsians have some civil rights, but not too many, enjoy the freedom to spend their money however they like, to a point, and take part in free and open elections, although not too often.

The relatively small government juggles the competing demands of Education, Healthcare, and Defense. It meets to discuss matters of state in the capital city of Centrum Compass. The average income tax rate is 23.1%.

The very strong Northsouthern Wolflandsian economy, worth 223 trillion pelts a year, is broadly diversified and led by the Retail industry, with major contributions from Book Publishing, Beef-Based Agriculture, and Trout Farming. Average income is 84,176 pelts, and evenly distributed, with the richest citizens earning only 3.9 times as much as the poorest.

Behind every great person are three dozen other people passing great memos, both illness and poverty are seen as signs of low moral worth, lawyers turn down litigation cases and corporate work in order to focus on lucrative public defence work, and many friends and relatives of Sir Eloquitus XCIV have been given ambassador jobs in tropical island nations. Crime, especially youth-related, is totally unknown. The Northsouthern Wolflands's national animal is the icewolf, which is also the nation's favorite main course.

The Northsouthern Wolflands is ranked 62,202nd in the world and 12th in Region Name for Most Pro-Market, scoring 54.75 on the Rand Index.

Most Recent Government Activity: 20 minutes ago