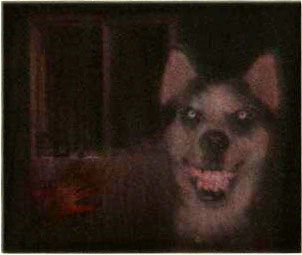 Touch Me In The Morning And Then Just Walk Away.
WA Member

The Rogue Nation of The Horror Channel is a gargantuan, environmentally stunning nation, ruled by Ringo Juna with an even hand, and remarkable for its keen interest in outer space, compulsory military service, and complete absence of social welfare. The hard-nosed, humorless population of 33.066 billion Horror Channelians are fiercely patriotic and enjoy great social equality; they tend to view other, more capitalist countries as somewhat immoral and corrupt.

The enormous, corrupt government juggles the competing demands of Defense, Education, and Law & Order. It meets to discuss matters of state in the capital city of Ringovania. The average income tax rate is 96.0%.

The frighteningly efficient Horror Channelian economy, worth a remarkable 4,957 trillion Brains a year, is highly specialized and led by the Beef-Based Agriculture industry, with major contributions from Book Publishing, Gambling, and Arms Manufacturing. Black market activity is rampant. State-owned companies are reasonably common. Average income is an impressive 149,913 Brains, and distributed extremely evenly, with little difference between the richest and poorest citizens.

Factories place endangered birds in their rafters in pursuit of government protections, customs turn away those considered to have an unfavourable ethnicity, the official Horror Channelian Phrase Book weighs as much as a small child, and there's nothing more rock-and-roll than absolute sobriety. Crime, especially youth-related, is totally unknown, thanks to the all-pervasive police force and progressive social policies in education and welfare. The Horror Channel's national animal is the Free-range Zombie, which is also the nation's favorite main course, and its national religion is no such thing.

The Horror Channel is ranked 5,327th in the world and 37th in the Rejected Realms for Most Influential, scoring 14,927 on the Soft Power Disbursement Rating.