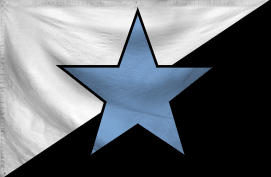 United in Anarchy, Together we Stand.
WA Member

The Anarchist Lands of Yamalo

The Disputed Territories of The Anarchist Lands of Yamalo is a massive, efficient nation, ruled by Civil and Defense Councils with a fair hand, and notable for its otherworldly petting zoo, free-roaming dinosaurs, and daily referendums. The compassionate, democratic, devout population of 4.502 billion Yamaloans enjoy a sensible mix of personal and economic freedoms, while the political process is open and the people's right to vote held sacrosanct.

The government — a sprawling, bureaucracy-choked morass — juggles the competing demands of Healthcare, Education, and Administration. It meets to discuss matters of state in the capital city of Guizhoul Yoma City. The average income tax rate is 84.5%, and even higher for the wealthy.

The thriving Yamaolan economy, worth 307 trillion Yamals a year, is highly specialized and led by the Book Publishing industry, with significant contributions from Arms Manufacturing, Uranium Mining, and Retail. Average income is 68,319 Yamals, and distributed extremely evenly, with little difference between the richest and poorest citizens.

Endangered bison are herded across the border to prevent them from trampling on native prairie grass, the government has instituted 'traveller reservations' across the country, Civil and Defense Councils goes out to lunch surrounded by large men in dark glasses, and the government is attempting to revitalize a gutted private sector. Crime, especially youth-related, is totally unknown. The Anarchist Lands of Yamalo's national animal is the Doman Camel, which frolics freely in the nation's many lush forests, and its national religion is Islam.

The Anarchist Lands of Yamalo is ranked 237,972nd in the world and 247th in The Free Nations Region for Highest Crime Rates, with 2.1 crimes per hour.