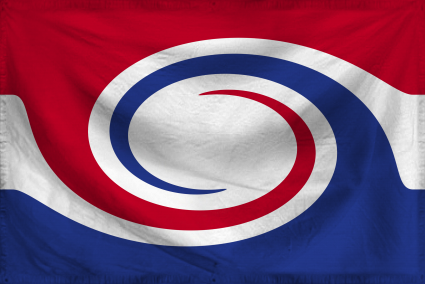 The Democratic Republic of South Abandonia is a huge, genial nation, notable for its compulsory military service, smutty television, and stringent health and safety legislation. The compassionate, democratic population of 773 million South Abandonians have some civil rights, but not too many, enjoy the freedom to spend their money however they like, to a point, and take part in free and open elections, although not too often.

The medium-sized government juggles the competing demands of Education, Welfare, and Healthcare. It meets to discuss matters of state in the capital city of Abandograd. The average income tax rate is 31.1%, but much higher for the wealthy.

The sizeable but inefficient South Abandonian economy, worth 28.4 trillion guilders a year, is led by the Information Technology industry, with major contributions from Trout Farming, Tourism, and Door-to-door Insurance Sales. State-owned companies are common. Average income is 36,732 guilders, and evenly distributed, with the richest citizens earning only 2.0 times as much as the poorest.

Leader has just been declared ruler of South Abandonia in an international press conference, the Messiah (formerly known as Brian) is a mayoral candidate, the nation is experiencing a severe shortage of sporting events, and organised sports are frowned upon as frivolous. Crime, especially youth-related, is totally unknown. South Abandonia's national animal is the bison, which is also the nation's favorite main course.