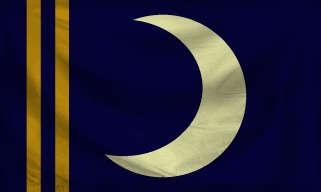 The Community of Solarian Intelligence Service is a colossal, orderly nation, notable for its compulsory military service and irreverence towards religion. The hard-working, cynical population of 6.671 billion Solarians are ruled by a mostly-benevolent dictator, who grants the populace the freedom to live their own lives but watches carefully for anyone to slip up.

The Solarian economy, worth 351 trillion solarics a year, is fairly diversified and led by the Tourism industry, with major contributions from Information Technology, Door-to-door Insurance Sales, and Arms Manufacturing. Average income is 52,715 solarics, with the richest citizens earning 7.7 times as much as the poorest.

The opposition leader's credibility has been undermined by constant attention drawn to a dodgy toupee, Harry Potter books are banned, political parties are banned from advertising and receiving private donations, and scientists regularly clone human beings for research purposes. Crime, especially youth-related, is relatively low, thanks to a capable police force and progressive social policies in education and welfare. Solarian Intelligence Service's national animal is the space monkey, which frolics freely in the nation's many lush forests.

Solarian Intelligence Service is ranked 53,816th in the world and 1st in Solarius Prime for Greatest Rich-Poor Divides, with 7.66 Rich To Poor Income Ratio.