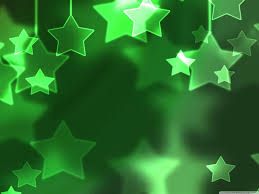 The United Union of Sisdonia is a colossal, orderly nation, ruled by King gisa with an iron fist, and remarkable for its compulsory military service, frequent executions, and zero percent divorce rate. The hard-nosed, hard-working, cynical, humorless population of 9.104 billion Sisdonians are kept under strict control by the oppressive government, which measures its success by the nation's GDP and refers to individual citizens as "human resources."

The enormous, corrupt, well-organized government juggles the competing demands of Industry, Defense, and Healthcare. It meets to discuss matters of state in the capital city of Sesdera. The average income tax rate is 91.5%, and even higher for the wealthy.

The frighteningly efficient Sisdonian economy, worth a remarkable 1,933 trillion Dedlins a year, is mostly comprised of black market activity, especially in Arms Manufacturing, Uranium Mining, Woodchip Exports, and Information Technology. State-owned companies are reasonably common. Average income is an amazing 212,376 Dedlins, and evenly distributed, with the richest citizens earning only 2.4 times as much as the poorest.

Nations that kill a Sisdonian can expect a strongly worded letter, travelers often bring empty plastic bottles on Air Sisdonia flights to avoid the pay lavatories, earthquake sirens are a leading cause of hearing loss, and it is illegal to have the wrong clock time showing on your microwave oven. Crime, especially youth-related, is totally unknown, thanks to a very well-funded police force and progressive social policies in education and welfare. Sisdonia's national animal is the Wolf, which teeters on the brink of extinction due to widespread deforestation, and its national religion is Truism.

Sisdonia is ranked 251,599th in the world and 271st in Lone Wolves United for Largest Insurance Industry, scoring -13.85 on the Risk Expulsion Effectiveness Rating.