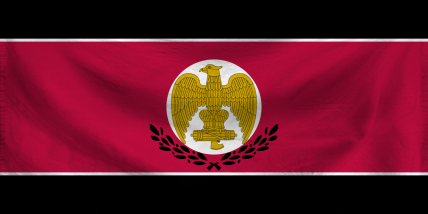 The Colony of Shootlandia is a massive, safe nation, notable for its compulsory military service, pith helmet sales, and irreverence towards religion. The hard-nosed, cynical population of 1.551 billion Shootlandians are ruled by a mostly-benevolent dictator, who grants the populace the freedom to live their own lives but watches carefully for anyone to slip up.

The large, well-organized government juggles the competing demands of Education, Administration, and Law & Order. The average income tax rate is 71.4%.

The strong Shootlandian economy, worth 117 trillion Dead Axolotls a year, is driven entirely by a combination of government and state-owned industry, with private enterprise illegal. The industrial sector, which is fairly diversified, is led by the Information Technology industry, with major contributions from Tourism, Book Publishing, and Trout Farming. Average income is 75,699 Dead Axolotls, and evenly distributed, with the richest citizens earning only 3.7 times as much as the poorest.

Polling place volunteers are suddenly opening a huge number of offshore bank accounts, international collectors know that a grease-stain on a work of art probably means it's passed through Shootlandia, elected officials often serve for decades in a single term, and more sidewalk is dedicated to animals than people. Crime, especially youth-related, is totally unknown, thanks to a well-funded police force and progressive social policies in education and welfare. Shootlandia's national animal is the Attack Helicopter, which frolics freely in the nation's many lush forests.

Shootlandia is ranked 209,160th in the world and 5,367th in the Rejected Realms for Fattest Citizens, with 9.26 Obesity Rate.

Most Recent Government Activity: 16 days ago