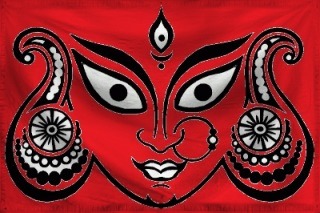 The People's Hindu Matriarchy of Shaktirajya is a gargantuan, efficient nation, ruled by the Sisterhood of Huggy-Squeezables with a fair hand, and remarkable for its public floggings, absence of drug laws, and stringent health and safety legislation. The compassionate, democratic, cheerful population of 20.465 billion Shakta Bhaktas are free to do what they want with their own bodies, and vote for whomever they like in elections; if they go into business, however, they are regulated to within an inch of their lives.

The enormous, outspoken government juggles the competing demands of Education, Environment, and Healthcare. It meets to discuss matters of state in the capital city of Civitas Mātris Magnae. The income tax rate is 100%.

The frighteningly efficient Shaktirajyan economy, worth a remarkable 6,107 trillion Rudrākshas a year, is driven entirely by a combination of government and state-owned industry, with private enterprise illegal. The industrial sector, which is highly specialized, is mostly made up of the Book Publishing industry, with significant contributions from Tourism. Average income is an amazing 298,423 Rudrākshas, and distributed extremely evenly, with little difference between the richest and poorest citizens.

Citizens can only enjoy the splendor of the natural world in designated 'Majesty Appreciation' zones, military strategists are questioning the wisdom of subsidizing the economies of sworn enemies, a suspicious number of male students have joined the Ladies' Wrestling League, and dozens of additional foreign policy specialists have been sent to the country's WA Mission. Crime is totally unknown. Shaktirajya's national animal is the Honeybee, which frolics freely in the nation's many lush forests, and its national religion is Hinduism.

Shaktirajya is ranked 974th in the world and 12th in the West Pacific for Highest Poor Incomes, with 247,449.04 Standard Monetary Units.

The United Republic of Westend,

The Holy Principality of Saint Mark,

Grand Republic of the Sun,