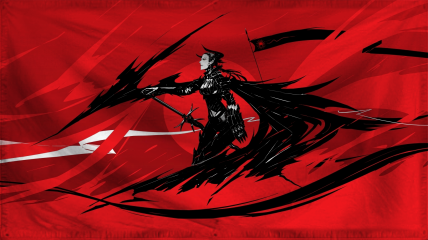 One nation. One Army. One soul.
WA Member

The Stratocracy of Ribanzi is a colossal, efficient nation, ruled by Commander with an even hand, and notable for its otherworldly petting zoo, daily referendums, and complete lack of prisons. The hard-nosed, humorless population of 9.701 billion Ribans are fiercely patriotic and enjoy great social equality; they tend to view other, more capitalist countries as somewhat immoral and corrupt.

The large, socially-minded government juggles the competing demands of Defense, Education, and Administration. It meets to discuss matters of state in the capital city of Moonlight. The income tax rate is 100%.

The frighteningly efficient Riban economy, worth a remarkable 2,856 trillion credits a year, is driven entirely by a combination of government and state-owned industry, with private enterprise illegal. The industrial sector, which is quite specialized, is led by the Arms Manufacturing industry, with major contributions from Information Technology and Book Publishing. Average income is an amazing 294,467 credits, and distributed extremely evenly, with practically no difference between the richest and poorest citizens.

Daring to agree with another politician is grounds for instant dismissal, children have taken to using semaphore in light of the recent mobile phone ban, access to the woods is only granted to those who bring a small shrubbery, and birds and children's kites are regularly brought down by anti-aircraft fire. Crime, especially youth-related, is totally unknown, thanks to a capable police force and progressive social policies in education and welfare. Ribanzi's national animal is the commando, which frolics freely in the nation's many lush forests, and its national religion is Bushido.

Ribanzi is ranked 877th in the world and 26th in The East Pacific for Healthiest Citizens, with 35.97 bananas ingested per day.