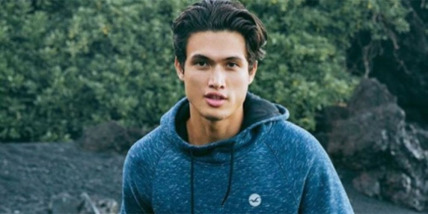 You Tryin' To Get Me To Flex? Reggie

The Himspirational Himbo of Reggie Mantle is a massive, efficient nation, ruled by Reggie with an iron fist, and notable for its ubiquitous missile silos, frequent executions, and public floggings. The hard-nosed, hard-working, cynical, humorless population of 3.992 billion Riverdalians are ruled by a mostly-benevolent dictator, who grants the populace the freedom to live their own lives but watches carefully for anyone to slip up.

The medium-sized, corrupt, well-organized government juggles the competing demands of Law & Order, Defense, and Administration. It meets to discuss matters of state in the capital city of Riverdale. Citizens pay a flat income tax of 27.0%.

The very strong Riverdalian economy, worth 255 trillion Dollars a year, is quite specialized and led by the Retail industry, with significant contributions from Pizza Delivery, Uranium Mining, and Arms Manufacturing. Black market activity is extensive. Average income is 63,957 Dollars, with the richest citizens earning 7.5 times as much as the poorest.

Thousands of children die every day from easily curable illnesses, the nation refuses to discard its increasingly useless penny, city workers have declared that rolling markets aren't good for business after all, and sly spies try to rely on national allies so that they don't die. Crime, especially youth-related, is a problem. Reggie Mantle's national animal is the Beaver, which teeters on the brink of extinction due to widespread deforestation.

Reggie Mantle is ranked 2,032nd in the world and 1st in Riverdale for Largest Pizza Delivery Sector, scoring 8,457 on the Pepperoni Propulsion Productivity Index.

Most Recent Government Activity: 17 days ago