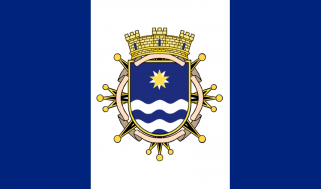 The Nomadic Peoples of Rambler5 is a gargantuan, socially progressive nation, renowned for its state-planned economy, ban on automobiles, and complete absence of social welfare. The hard-nosed population of 17.231 billion Rambler5ians have some civil rights, but not too many, enjoy the freedom to spend their money however they like, to a point, and take part in free and open elections, although not too often.

The large government juggles the competing demands of Law & Order, Public Transport, and Industry. The average income tax rate is 38.2%, but much higher for the wealthy.

The Rambler5ian economy, worth 661 trillion Shiny Green Things a year, is driven entirely by a combination of government and state-owned industry, with private enterprise illegal. However, for those in the know, there is a slick, highly efficient, quite specialized black market in Door-to-door Insurance Sales, Uranium Mining, Book Publishing, and Woodchip Exports. The private sector mostly consists of enterprising ten-year-olds selling lemonade on the sidewalk, but the government is looking at stamping this out. Average income is 38,406 Shiny Green Things, and evenly distributed, with the richest citizens earning only 2.2 times as much as the poorest.

Leader has just been declared ruler of Rambler5 in an international press conference, Rambler5 has designated Rambler5 City as its capital city, the government is reining in public spending, and scientists regularly clone human beings for research purposes. Crime, especially youth-related, is well under control, thanks to a very well-funded police force. Rambler5's national animal is the Spider, which teeters on the brink of extinction due to widespread deforestation.

Most Recent Government Activity: 20 days ago