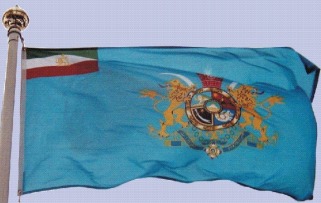 The Empire of Perzische Keizer is a massive old empire, environmentally stunning nation, ruled by Imperial Majesty King Babak the 1st with a fair hand, and renowned for its referendums, national health service, complete lack of prisons, ban on automobiles, restrictive gun laws, devotion to social welfare, keen interest in outer space, museums and concert halls.
Free speech is considered one of the basic rights of the Persian citizens.

His Imperial Majesty is the head of a constitutional monarchy and is the only authority over The Persian Army, which is one of the most technologically advanced militaries in the world.

The compassionate, democratic population of Perzische Keizerrijk enjoy a sensible mix of personal and economic freedoms, while the political process is open and the people's right to vote held sacrosanct.

The large, outspoken government prioritizes Education, although Defense, Welfare, and Environment are also considered important, while Spirituality is ignored. It meets to discuss matters of state in the capital city of Atlantis.

The Perzisch economy, worth trillions Ashrafis a year, is led by the design of the most Expensive Diamonds in the World , Producing and Exporting of Green Energy, Tourism industry, with significant contributions from Information Technology, Book Publishing, and Cheese Exports. State-owned companies are reasonably common.

Perzishe Keizerrijk is a very passive country when it comes to foreign affairs and has no interests in war, but any threats will be met and dealt with decisively and forcefully.

Perzische Keizerrijk is against nuclear technology for the use of nuclear power plants and believes that nuclear weapons should be banned.

The government of the Perzische Keizerrijk will not make deals with terrorists or countries that have a history of inhuman treatment of their citizen.

The Empire of Perzische Keizer