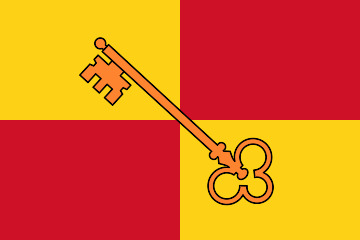 The Republic of Outer Bratorke is a colossal, environmentally stunning nation, notable for its museums and concert halls, ban on automobiles, and irreverence towards religion. The compassionate, democratic, cheerful population of 5.465 billion Outer Bratorkeans are free to do what they want with their own bodies, and vote for whomever they like in elections; if they go into business, however, they are regulated to within an inch of their lives.

The enormous, socially-minded government juggles the competing demands of Education, Administration, and Healthcare. The average income tax rate is 96.5%.

The frighteningly efficient Outer Bratorkean economy, worth 737 trillion Nires a year, is driven entirely by a combination of government and state-owned industry, with private enterprise illegal. The industrial sector, which is extremely specialized, is mostly made up of the Information Technology industry, with significant contributions from Book Publishing. Average income is an impressive 134,908 Nires, and distributed extremely evenly, with practically no difference between the richest and poorest citizens.

Outer Bratorkean police have to pay out of their own pockets for bulletproof vests, kids are taught in schools to argue with their parents, the voyages of obsolete star-trekking satellites on deliberate escape orbits are only just beginning, and the government only invests in infrastructure after a natural disaster. Crime is totally unknown, thanks to a capable police force and progressive social policies in education and welfare. Outer Bratorke's national animal is the Pangolin, which frolics freely in the nation's many lush forests.

Outer Bratorke is ranked 4,638th in the world and 131st in the South Pacific for Most Beautiful Environments, with 2,376.89 pounds of wildlife per square mile.