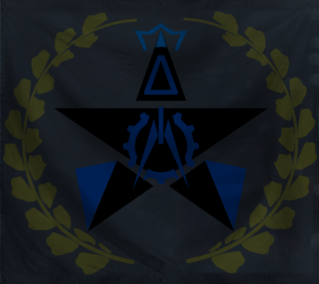 We'll do it again!
WA Member

Of The Bannana Boat Republic

The Free Land of Of The Bannana Boat Republic is a huge, cultured nation, notable for its free-roaming dinosaurs, national health service, and anti-smoking policies. The compassionate, democratic population of 569 million The Bannana Boat Republicians are fiercely patriotic and enjoy great social equality; they tend to view other, more capitalist countries as somewhat immoral and corrupt.

The large government juggles the competing demands of Administration, Education, and Healthcare. It meets to discuss matters of state in the capital city of The Bannana Stand. The average income tax rate is 70.3%, and even higher for the wealthy.

The thriving The Bannana Boat Republician economy, worth 53.2 trillion Goldbacks a year, is driven entirely by a combination of government and state-owned industry, with private enterprise illegal. The industrial sector, which is broadly diversified, is led by the Information Technology industry, with significant contributions from Book Publishing, Furniture Restoration, and Trout Farming. Average income is 93,524 Goldbacks, and distributed extremely evenly, with little difference between the richest and poorest citizens.

The government is ignoring the latest terrorist atrocities in The Bannana Stand for fear of causing a fuss, voting is compulsory, many friends and relatives of Leader have been given ambassador jobs in tropical island nations, and where there's a will there is usually a password manager. Crime, especially youth-related, is totally unknown, thanks to a capable police force and progressive social policies in education and welfare. Of The Bannana Boat Republic's national animal is the Scarab, which frolics freely in the nation's many lush forests.

Of The Bannana Boat Republic is ranked 14,281st in the world and 455th in the South Pacific for Healthiest Citizens, with 12.43 bananas ingested per day.

Pencil Sharpeners 2, and 11 others.