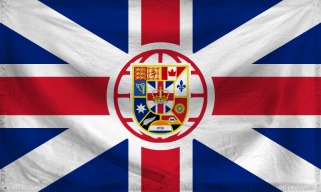 The Imperial Federation of Of International Memers is a colossal, cultured nation, ruled by Mecha Churchill with an even hand, and renowned for its museums and concert halls, frequent executions, and sprawling nuclear power plants. The hard-nosed, hard-working, humorless population of 7.078 billion International Memers have some civil rights, but not too many, enjoy the freedom to spend their money however they like, to a point, and take part in free and open elections, although not too often.

The relatively small, corrupt government juggles the competing demands of Defense, Administration, and Education. It meets to discuss matters of state in the capital city of Memegrad. The average income tax rate is 9.8%.

The frighteningly efficient International Memersian economy, worth a remarkable 2,115 trillion memes a year, is broadly diversified and led by the Arms Manufacturing industry, with major contributions from Information Technology, Tourism, and Retail. Black market activity is extensive. State-owned companies are reasonably common. Average income is an amazing 298,849 memes, and evenly distributed, with the richest citizens earning only 3.2 times as much as the poorest.

The endangered saltwater humpback Elephant is only seen in captivity programs, the Of International Memers Automotive Racing Series draws millions of spectators annually while those near the tracks complain about the noise, news headlines usually include p-values, and mantis shrimp studies is academia's fastest-growing field. Crime, especially youth-related, is totally unknown. Of International Memers's national animal is the Elephant, which frolics freely in the nation's many lush forests, and its national religion is Memerism.

Of International Memers is ranked 28,988th in the world and 82nd in United Kingdom for Most Subsidized Industry, scoring 4,427.71 on the Gilded Widget Scale.