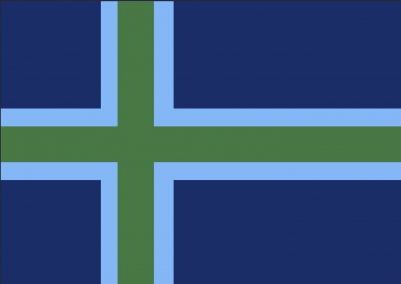 The Republic of Northern Dosletofe is a massive, cultured nation, ruled by Åmy Moulkwheiler with a fair hand, and remarkable for its smutty television, sprawling nuclear power plants, and free-roaming dinosaurs. The compassionate, democratic population of 3.425 billion Disshers are free to do what they want with their own bodies, and vote for whomever they like in elections; if they go into business, however, they are regulated to within an inch of their lives.

The large, liberal, outspoken government juggles the competing demands of Education, Healthcare, and Industry. It meets to discuss matters of state in the capital city of Minnow. The average income tax rate is 80.9%, and even higher for the wealthy.

The frighteningly efficient Dissish economy, worth 455 trillion §lomers a year, is led by the Information Technology industry, with major contributions from Tourism, Book Publishing, and Trout Farming. State-owned companies are reasonably common. Average income is an impressive 133,052 §lomers, and distributed extremely evenly, with little difference between the richest and poorest citizens.

Surveillance cameras are banned, government officials are held to the highest standard of morality, late night adverts for breast milk co-ops regularly win pornography industry awards, and ancient antique swords have had their blades replaced with latex boffer LARP replicas. Crime, especially youth-related, is totally unknown, thanks to a capable police force and progressive social policies in education and welfare. Northern Dosletofe's national animal is the Arctic Swan, which frolics freely in the nation's many lush forests, and its national religion is Lutheranism.

Northern Dosletofe is ranked 236,481st in the world and 344th in Nordic Lands for Largest Gambling Industry, scoring -7.63 on the Kelly Criterion Productivity Index.