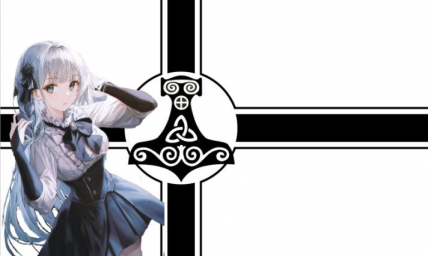 For our beloved country, freedom and our waifu Johanna Sverdrup
WA Member

The United Kingdoms of Norgsveldet is a colossal, socially progressive nation, ruled by Johanna Sverdrup with a fair hand, and notable for its daily referendums, multi-spousal wedding ceremonies, and punitive income tax rates. The hard-nosed, hard-working, democratic population of 8.532 billion Norgsveldetians enjoy a sensible mix of personal and economic freedoms, while the political process is open and the people's right to vote held sacrosanct.

The medium-sized government juggles the competing demands of Education, Defense, and Healthcare. It meets to discuss matters of state in the capital city of Osfjord. The average income tax rate is 73.2%, and even higher for the wealthy.

The frighteningly efficient Norgsveldetian economy, worth a remarkable 1,255 trillion United Kroner a year, is fairly diversified and led by the Information Technology industry, with major contributions from Tourism, Book Publishing, and Arms Manufacturing. State-owned companies are common. Average income is an impressive 147,197 United Kroner, and distributed extremely evenly, with little difference between the richest and poorest citizens.

A popular saying is "a chicken for every pot and an abortion clinic on every street", Norgsveldet isn't what it used to be, the new Norgsveldetian-made OS is buggier and more inconvenient than a horse-drawn carriage, and getting your license is a rite of passage for young adults. Crime, especially youth-related, is totally unknown, thanks to a capable police force and progressive social policies in education and welfare. Norgsveldet's national animal is the Norse Eagle, which soars majestically through the nation's famously clear skies, and its national religion is Asatru.

Norgsveldet is ranked 8,872nd in the world and 263rd in The East Pacific for Most Scientifically Advanced, scoring 423.78 on the Kurzweil Singularity Index.