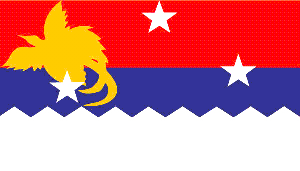 The Federation of No moking is a gargantuan, efficient nation, ruled by Main Man Egor with an even hand, and renowned for its zero percent divorce rate, compulsory military service, and rampant corporate plagiarism. The hard-nosed, humorless population of 18.745 billion No mokingians have some civil rights, but not too many, enjoy the freedom to spend their money however they like, to a point, and take part in free and open elections, although not too often.

The enormous, corrupt government juggles the competing demands of Industry, Education, and Administration. It meets to discuss matters of state in the capital city of Petersburgh. The average income tax rate is 99.0%.

The frighteningly efficient No mokingian economy, worth a remarkable 6,759 trillion Pucks a year, is mostly comprised of black market activity, especially in Information Technology, Book Publishing, Retail, and Cheese Exports. Average income is an amazing 360,600 Pucks, and evenly distributed, with the richest citizens earning only 3.0 times as much as the poorest.

The backs of 'No Trespassing' signs were made for you and me, parents dread their examinations more than their children, military equipment stores have a tendency to go up in flames, and children must be board certified to append "Jr" to their name. Crime is totally unknown. No moking's national animal is the White Tiger, which frolics freely in the nation's many lush forests, and its national religion is The Knights Templar.