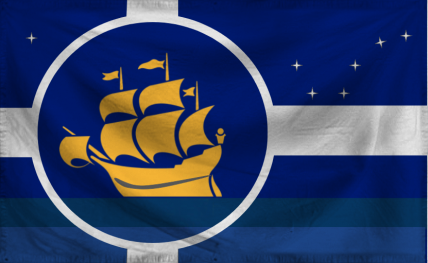 Protecting Brits from All Around! 💂‍♂️🤴👑 Czar Michael Romanov I
WA Member

The Amusing August Czardom of Nikolaias is a massive, safe nation, ruled by Czar Michael Romanov I with a fair hand, and renowned for its rum-swilling pirates, rampant corporate plagiarism, and suspicion of poets. The compassionate, democratic, devout population of 1.337 billion Nikolaiasians enjoy a sensible mix of personal and economic freedoms, while the political process is open and the people's right to vote held sacrosanct.

The medium-sized, outspoken government prioritizes Administration, with Education, Spirituality, and Welfare also on the agenda. It meets to discuss matters of state in the capital city of Saint Alexis. The average income tax rate is 39.3%, but much higher for the wealthy.

The strong Nikolaiasian economy, worth 83.6 trillion quinnels a year, is fairly diversified and led by the Tourism industry, with significant contributions from Trout Farming, Pizza Delivery, and Retail. State-owned companies are common. Average income is 62,550 quinnels, and evenly distributed, with the richest citizens earning only 2.3 times as much as the poorest.

Schoolchildren's "what I did on my holidays" essays tend to be somewhat homogeneous, weird kids who eat bugs are breaking the law, the nation's cuisine is the laughing stock of United Kingdom, and wedding bands come in pairs to form wedding manacles. Crime, especially youth-related, is totally unknown, thanks to a capable police force and progressive social policies in education and welfare. Nikolaias's national animal is the dog, which frolics freely in the nation's many lush forests, and its national religion is Christianity.

Nikolaias is ranked 86,417th in the world and 267th in United Kingdom for Most Subsidized Industry, scoring 1,148.73 on the Gilded Widget Scale.

Hong Kong in the Republic of China,