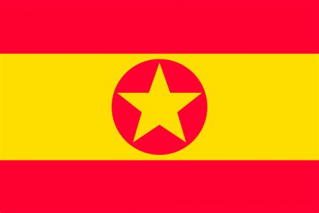 The people will endure only in liberty
WA Member

The Democratic Republic of New Hudazendkia is a massive, genial nation, remarkable for its rum-swilling pirates, museums and concert halls, and soft-spoken computers. The compassionate, democratic population of 1.594 billion New Hudazendkians are free to do what they want with their own bodies, and vote for whomever they like in elections; if they go into business, however, they are regulated to within an inch of their lives.

The large, socially-minded government juggles the competing demands of Administration, Education, and Healthcare. The average income tax rate is 87.2%, and even higher for the wealthy.

The all-consuming New Hudazendkian economy, worth 191 trillion Massis a year, is driven entirely by a combination of government and state-owned industry, with private enterprise illegal. The industrial sector, which is quite specialized, is dominated by the Information Technology industry, with significant contributions from Tourism, Beef-Based Agriculture, and Book Publishing. Average income is an impressive 120,215 Massis, and distributed extremely evenly, with practically no difference between the richest and poorest citizens.

Victims of crime are viewed as less trustworthy than politicians, scientists regularly clone human beings for research purposes, it takes months to get the proper permits for a child's first tricycle, and a primitive society is being eroded as its youth flock to the modern world. Crime, especially youth-related, is totally unknown, thanks to a well-funded police force and progressive social policies in education and welfare. New Hudazendkia's national animal is the Bonedog, which is also the nation's favorite main course.

Most Recent Government Activity: 56 minutes ago

Frances Francis the First of France,

The New Communist Republic Of States,

Chips and Guac, and