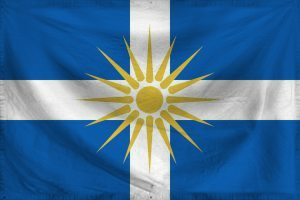 The Supreme Arcane Imperium of New Anterea is a huge, environmentally stunning nation, ruled by Her Majesty Queen Hermetica Lothremis with a fair hand, and renowned for its daily referendums, state-planned economy, and stringent health and safety legislation. The compassionate, democratic population of 871 million New Antereans love a good election, and the government gives them plenty of them. Universities tend to be full of students debating the merits of various civil and political rights, while businesses are tightly regulated and the wealthy viewed with suspicion.

The large, socially-minded government juggles the competing demands of Healthcare, Education, and Administration. It meets to discuss matters of state in the capital city of Alfheim. The average income tax rate is 67.8%, and even higher for the wealthy.

The sizeable but inefficient New Anterean economy, worth 45.7 trillion Aether Rocks a year, is driven entirely by a combination of government and state-owned industry, with private enterprise illegal. The industrial sector, which is fairly diversified, is dominated by the Information Technology industry, with significant contributions from Trout Farming, Tourism, and Uranium Mining. Average income is 52,453 Aether Rocks, and distributed extremely evenly, with practically no difference between the richest and poorest citizens.

Strict term limits have been applied to all elected offices, vats of anabolic steroids are being dumped into the ocean to make New Anterean mussels the biggest in the South Pacific, there's never enough space in space, and anti-government web sites are springing up. Crime, especially youth-related, is totally unknown, thanks to a capable police force and progressive social policies in education and welfare. New Anterea's national animal is the Shining Fairy, which soars majestically through the nation's famously clear skies.