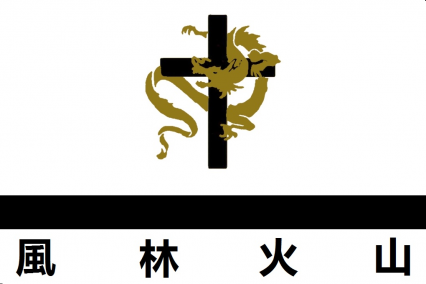 The Empire of Greater Nifon of New Aeyariss is a gargantuan, efficient nation, ruled by Shogun Maki Kojiro with an iron fist, and remarkable for its public floggings, compulsory military service, and daily referendums. The hard-nosed, hard-working, cynical population of 22.602 billion Nifonese are kept under strict control by the oppressive government, which measures its success by the nation's GDP and refers to individual citizens as "human resources."

The tiny government juggles the competing demands of Industry, Defense, and Education. It meets to discuss matters of state in the capital city of Ishikawa. The average income tax rate is 8.8%, but much higher for the wealthy.

The frighteningly efficient Nifonese economy, worth a remarkable 2,082 trillion Ryōs a year, is fairly diversified and led by the Tourism industry, with significant contributions from Automobile Manufacturing, Book Publishing, and Basket Weaving. Average income is 92,131 Ryōs, and evenly distributed, with the richest citizens earning only 2.7 times as much as the poorest.

Retail staff are trained to take both inside leg measurements and the lives of their enemies, any body part that can be cut off a person is no longer considered to be their property, Nifonese incessantly needle their doctors for relief, and Violetist maidens who fall for an outsider must leave their violet light districts in shame. Crime, especially youth-related, is a problem, probably because of the absence of a police force. New Aeyariss's national animal is the Crane, which frolics freely in the nation's many lush forests, and its national religion is Kogyokist Christianity.

New Aeyariss is ranked 82,406th in the world and 10th in Kali Yuga for Highest Wealthy Incomes, with 145,840 Standard Monetary Units.