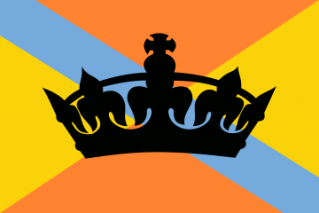 The Holy Yellow CAM of Nadir Dystopia is a gargantuan, efficient nation, ruled by Prasident Isabel Díaz Ayuso with an iron fist, and notable for its teetotalling pirates, public floggings, and infamous sell-swords. The hard-nosed, hard-working, cynical, humorless, devout population of 17.646 billion Nadir Dystopians are kept under strict control by the oppressive government, which measures its success by the nation's GDP and refers to individual citizens as "human resources."

The minute, corrupt, moralistic, well-organized government, or what there is of one, prioritizes Defense, with Spirituality and Industry also on the agenda, while Environment and Welfare aren't funded at all. It meets to discuss matters of state in the capital city of Madrit. Income tax is unheard of.

The frighteningly efficient Nadir Dystopian economy, worth a remarkable 8,814 trillion Gold Euros a year, is led by the Gambling industry, with major contributions from Arms Manufacturing, Uranium Mining, and Woodchip Exports. Black market activity is frequent. State-owned companies are common. Average income is an amazing 499,527 Gold Euros, but there is an enormous disparity between incomes, with the richest 10% of citizens earning 3,060,290 per year while the poor average 35,787, a ratio of 85.5 to 1.

In government offices a hidden killer takes the lives of ministers and civil servants, the only way to escape lengthy prison terms is in a body bag, immigrant herding has become a national pastime, and eight-year-olds with lemonade stands have been known to be locked up on charges of embezzlement. Crime is so common that it is unusual to encounter someone following the law, with the police force struggling against a lack of funding and a high mortality rate. Nadir Dystopia's national animal is the Voxemita, which teeters on the brink of extinction due to widespread deforestation, and its national religion is Dominionist Wahabism.